In a simple house in the forest lived three bears.  One morning, their porridge proved too hot to eat, so they went for a stroll.

Papa Bear was rotund, gruff and loved to bark out low Bb’s.  Mama Bear, though not exactly petite, had an alto voice particularly adept at cantabile.  Baby Bear, who was not quite a teenager, was a bit of jackass.  He loved to scream in a high falsetto just to irritate his parents.

Goldilocks, looking a whole lot like the Little Bassoonist of previous chapters, just happened to come upon their forest home.  She was ravenous and smelled the porridge.  Using her trusted forming mandrel and reed pliers, Goldie breaks open the Bears’ front door.

On the table are three bowls, each with a bassoon reed for slurping.  Goldie goes to the big bowl first, tastes the porridge then blows on its large reed.  A deep, rattling crow emerges.  Then she tries the middle-sized bowl with its middle-sized reed.  It’s definitely more refined and produces a tamer tone.  Finally, she pops the little reed in her mouth and a much higher peep sounds. 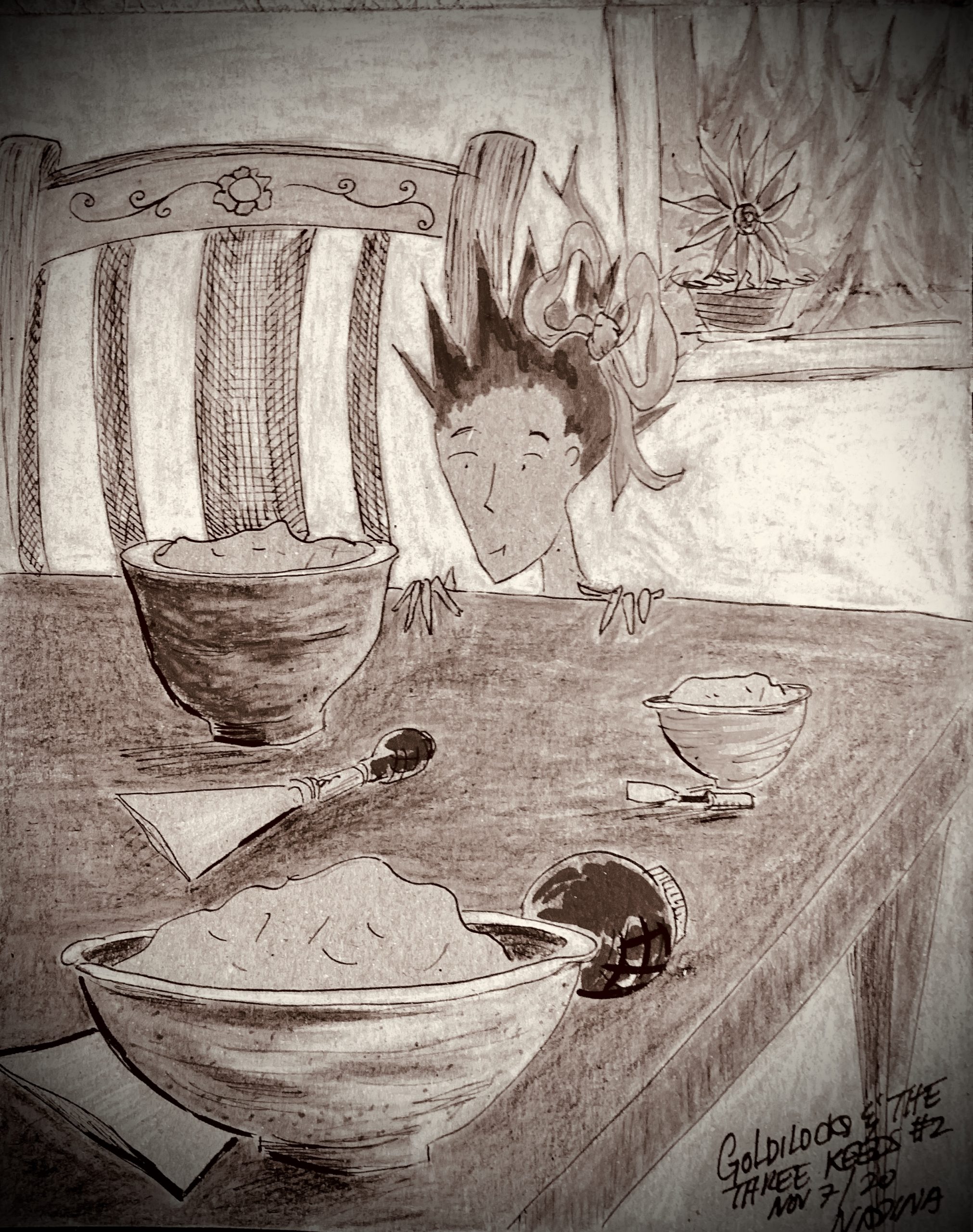 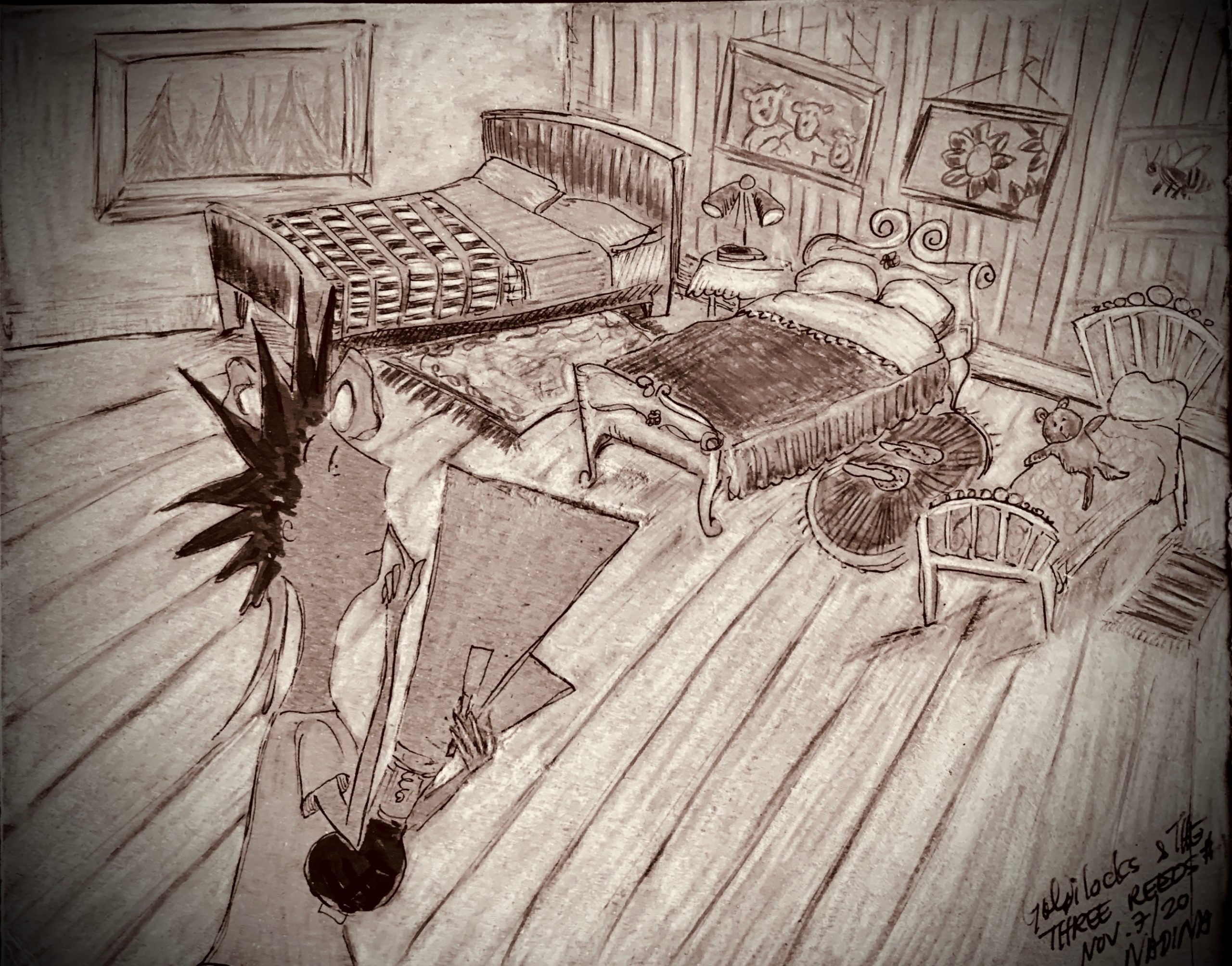 Holding all three reeds, Goldie walks into the bedroom and proceeds to lie down on each of the three beds.   She contemplates a deeply existential question: how to reconcile her passive-aggressive nature with the adorable image that she’s been cultivating as a pedagogical avatar in an instructional series on bassoon reeds.

And she can’t decide which bed she likes.

Highly introspective, Goldie recognizes that the narrative portrays her as an archetypal spoiled brat with an empirical bent.  For the sake of the story she ought to just choose the mid-sized bed and mid-sized reed. But that very week her orchestra has scheduled Peter and the Wolf, Tchaikovsky 4thSymphony and Le Sacré du Printemps for its gala concert.  Apprehensive, she decides to keep all three reeds.  Exhausted by all the rumination, she falls asleep, is discovered by the bears and summarily chased from their house.  Well, it’s a fairy tale so we can’t have a mauling…

Goldilocks needs the perfect reed.  Why did she keep all three?

Anyone who has spent years in a symphony orchestra knows that particular musical challenges need a certain kind of reed.  Bassoons are an evolutionary oddity and they often need reeds whose input/output response is maximized to a particular register.  Like it or not, the low register is more acoustically efficient with a flatter reed.  As we move up the octaves, response, tuning and sonority tend to be maximized with gradually sharper reeds.  It’s a bit like using a #3 bocal at the bottom, a #2 for the mid-range and a #1 for the high register.

Papa Bear’s reed likely has a larger MCA value (Missing Conical Apex, Chapter 11) and offers nuance, dynamic range and efficient input response in the bottom range of the bassoon.  Mama’ Bear’s reed matches the ‘money register’ of the bassoon where so many of the important lyrical solos live.  Baby Bear’s reed has an even smaller MCA value, ensuring success with the highest register.

I generally avoid playing the Pathétique symphony on the same reed as Ravel’s Piano Concerto in G.  In fact, I often wish I could simply swap reeds as I ascend and descend the large tessitura of the bassoon!  Wait a minute, you might say.  Solo repertoire for the bassoon jumps ALL over the place.  I agree, and we always try to make a one-size-fits-all reed for much of our work.  Nobody walks into an orchestral audition and switches reeds for every excerpt [all this can be a good strategy in limited circumstances!].  But when we’re not performing the Jolivet Concerto and want assurance of predictable control in the orchestral environment – for pianissimo low E or crack free attacks in the altissimo register – we have to adjust our reeds to be reliable for the task at hand.

Let’s delve a bit deeper into the Bears’ individual behaviour.

Papa weighs 700 lbs, can crush a cast iron skillet with his teeth and inflate a dump truck tire with his breath.  Being a big, aggressive bear, he has no trouble playing fortissimo low Bbs.

He’s naturally comfortable using a lot of embouchure, so he’s quite capable of playing una furtiva lagrima when he’s feeling amorous. Embouchure pressure goes hand in hand with strong abdominal muscles; clamping down decreases the compliance of the blade membranes, and increases resistance to input of air.

Mama weighs 500 lbs and has a slightly gentler breathing apparatus.  Her alto voice matches the mid-range of her bassoon and she prefers a more relaxed embouchure for her Tchaikovsky 4 solos.  She admits that she gives up some dynamic range at the bottom end but prefers to play reeds that don’t necessitate a daily shot of B vitamins.

Baby weighs 150 lbs.  He’s not a teenager yet and his voice hasn’t broken.  He can easily attack high E’s with reliable control, but he tends to stay sharp and dynamically constricted in the bottom half of the bassoon and his staccatos are not always clear.

Bassoonists have widely differing preferences for the use of embouchure.  There are those who build reeds that require only subtle lip effort and sing quite effortlessly in the upper half of the bassoon range.  Others naturally use a lot of embouchure and are happy to do so.  There are great outcomes and great players at the extremes of both of these camps. Most bassoonists have reed making lives that flow back and forth towards one end of the spectrum or the other. However, we should explore the advantages and disadvantages to each of these approaches.

Experienced bassoonists know how frequently we wish reeds were either flatter, sharper, darker, brighter, more open or more closed.’The MCA theory  is one part of the puzzle because it gives some guidance about how to develop your designs and your trims.  Although it’s a rough tool, the theory encapsulates the dialogue between bore and pressure valve. Compliance’ describes how the membranes of reeds fulfill their responsibility for any given note, dynamic and musical nuance.  That complex meeting of output response needs and input response mechanics determines the degree to which our reeds serve our musical needs.  We’ll look more closely at the relationship between tuning and tone in future chapters.

Next week, I’ll explain some basic ideas about the behaviour of harmonics in different bassoon registers.  In preparation for that, I’d like you to try an experiment that may illuminate the role of your embouchure.

Take several reeds – Papa Bear, Mama Bear and Baby Bear if you can find that much range in your reed box.  Place your lips over the first wire so that your embouchure has no contact with the top and bottom blade membranes.  Play ascending chromatic scales on your bassoon from low Bb up to high D.  The bigger reeds, those with a larger MCA value, are going to give you problems around Bb 4 [top of the bass clef staff].  Reeds smaller MCA values – sharper reeds – may allow you to play much higher into the 3rd register.  If your reeds are tending to be small and sharper, an easy way to get a Papa Bear response is to remove the 1st wire.  Alternately, takes pliers and open the reed up to create more internal volume. If your reeds tending to be large and flat, tighten the 1st wire, clip the tip, narrow the sides or do anything to reduce dimensions or raise the pitch of the reed.

Your natural instinct when larger reeds start breaking up in the tenor range is to blow harder.  Indeed, that may allow you to get a few more ascending notes to function.  When the upper half of the instrument starts breaking up, you’ll get a drop down into the lower register and likely have some ugly multiphonics as well.  Smaller sharper reeds may allow you to play up to the altissimo register, but they will usually feel constricted at the bottom.

This experiment will help you to evaluate where you might be on the spectrum of Papa Bear through to Baby Bear reeds. 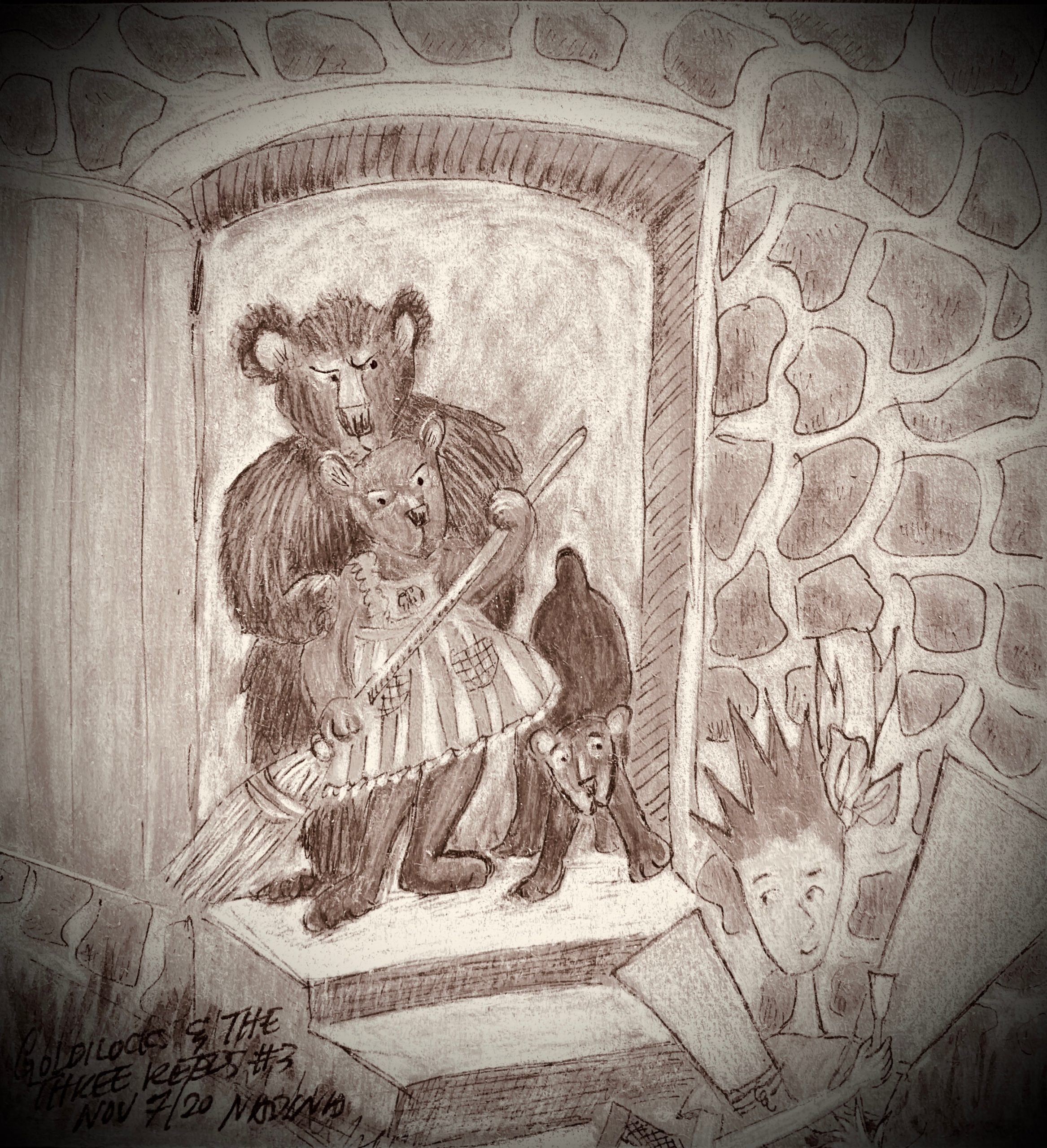