The tenor range of the bassoon is often called our “money register”. From the big solos in Tchaikovsky 4, Scheherazade, and Stravinsky’s Firebird, to countless ensemble passages in the core symphonic repertoire, this octave is a critical test of our understanding of the bassoon. This article focuses on just a portion of this register, specifically C#4 thru F#4 – perhaps the most difficult cluster of notes in the entire range of the modern bassoon. Of course, Sacre or the Ravel G Major concerto are initially a steeper hill to climb, but these 6 notes represent a special challenge for true mastery of the instrument. Exploration of alternate fingerings can teach us to listen more carefully to the relationship between tuning and sonority. In the following pages we’ll make a deep dive into some of the more subtle approaches to this register. This is by no means comprehensive, nor am I advocating that any of these alternative fingerings should become your primary choice. Instead, I hope you will find the explanations of these alternatives a path to improving your own well-established and preferred practices. At the end, I’ll show you how to follow a specific practice regimen that will get you out of the habits induced by the specific behaviour of your own bassoon. 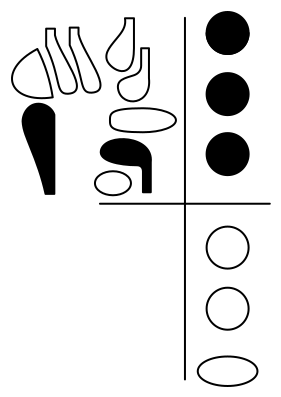 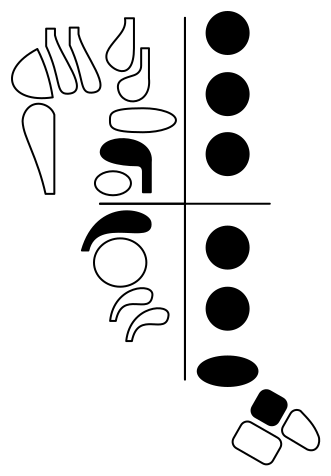 Well, it emerges from a ‘bore resonance’ related to low F [F2]. In a sense, it’s like the ‘twelfth’ [the 3rd harmonic] of that fundamental fingered low F [87 hz]. However, we can’t produce a low F: engaging both thumbs creates two significant bore disruptions, allowing the related note C# 4 [277 hz] to dominate.

When you look at the complex lattice of closed and open tone holes on a fingering chart, you’re pursuing a kind of genealogical investigation. There are ancestors and descendants, and the ‘bloodlines’ get mixed up quickly. In the case of the CLAW, its grandfather was low F, but it now has its own firm identity as a C#. All the notes on the bassoon from F#3 up are ‘progeny’ of ancestor notes in the bottom half of the instrument. Up to D4, the family DNA is clear – just a leak from the bocal and a bit of help from vent keys will allow these first-generation offspring to function independently from their parents. But once we get to the ‘grandchildren’ in the tenor range, and the ‘great grandchildren’ higher up, the ancestors are difficult to plot on the family tree.

Are you familiar with other long C# fingerings? If not, you should be! They are incredibly important to know and to understand. Without them, you may not be getting your best outcomes in some of your orchestral excerpts. First, let’s look at two ‘almost long’ C#3 fingerings: 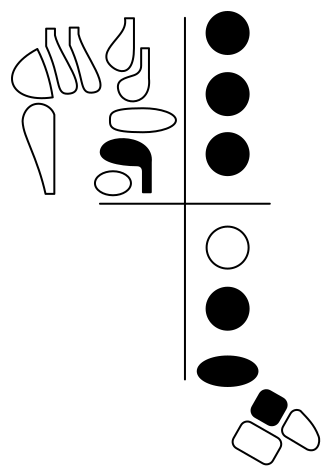 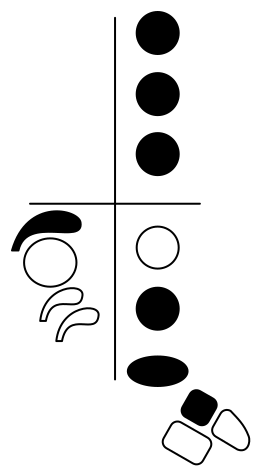 Our choice of which thumb to use makes a critical difference to sound, pitch and potential use.

… as well as the C# trill on the top of the boot. [Have you ever wondered why so few bassoons have that trill key tone hole properly voiced? It’s rarely useful. The wing/boot connection forces that tone hole to sit too low, and it is not long enough to give pitch stability when opened enough.] These weaker fingerings are occasionally useful and should be given full attention in your exploration of the tenor range.

D4 is frequently played too flat. I’ve owned and played a lot of bassoons over the past five decades and have found I’m often guilty of this.

Why is this so? After all, D4 is the 2nd harmonic of the almost identically fingered D3 an octave below. As explained above, we just open the whisper key vent to allow an acoustical leak to silence the lower fundamental. [Many also use a left thumb vent [left thumb C or D], certainly for attacking the note cleanly and for many also to sustain or elevate the pitch.] Unfortunately, the shorter the bassoon bore becomes, the lower that 2nd generation note becomes. The term I use for describing the relationship of ancestor notes to their progeny higher harmonics is ‘modal ratio’; it’s a description of how the 2nd and 3rd generation fingerings like to behave in terms of pitch identity. Part of the art of great reed making is controlling the modal ratios on your bassoon.

Unfortunately, D4 has its best tone quality when played flat, so that’s what happens! Looking for a solution beyond increased embouchure effort, many bassoonists [myself included] use the low Eb or low C# key on the long joint to keep the pitch up. I also often use the right thumb Bb key, which is more subtle and less likely to make the tone harsh. Various combinations can be used: 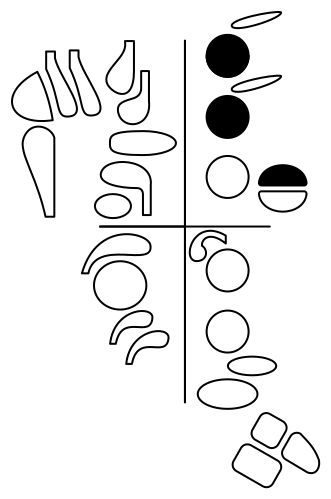 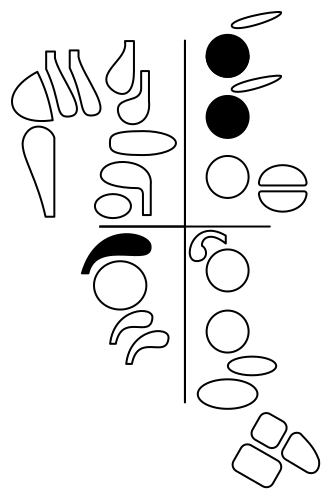 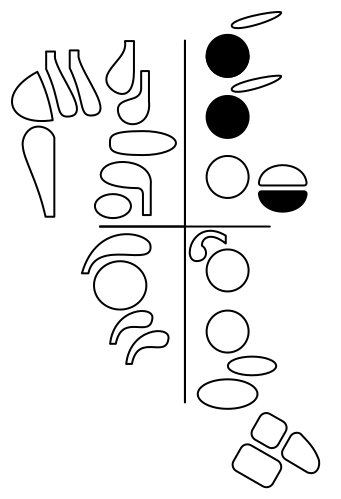 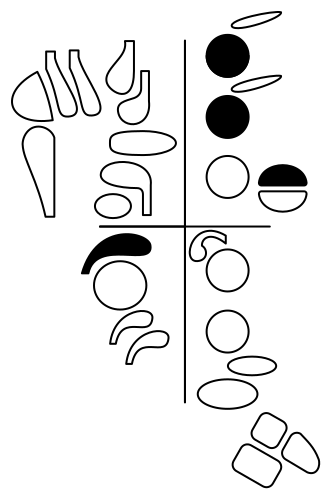 Many players initially find that using these corrections produces an overly bright sound.  For example, Fox bassoons, especially the Renard models, address the narrow D tuning by the design of their tone hole tubes, which are usually slightly flared towards the exit; this widens the modal ratio from fundamental to 2nd harmonic. Modern Heckels and similar larger bodied German bassoons tend to have cylindrical tone holes and narrower octaves.  Strong embouchures and good air support are necessary.  Sometimes players will compromise between the octaves; voicing their D3 slightly sharper in order that their tenor D will sit a bit sharper. [A second bassoon specialist would not likely make that choice!]  Conversely, lowering D3 and always incorporating the D4 correction can be a good strategy.

The key takeaway here is this simple fact: many bassoonists accept a flat tenor D in order to get the most pleasing – i.e. “dark” – sound.  We’ll return to the problem of sonority vs. intonation after reviewing the next 4 notes.

We come to the first of the ‘false 12th’ notes, the real beginning of the 3rd harmonic area of the bassoon. 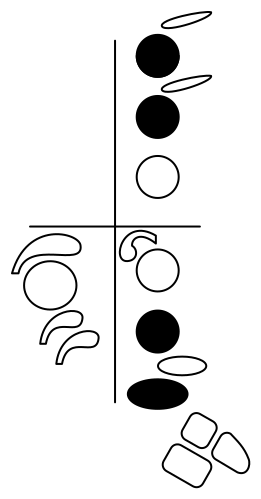 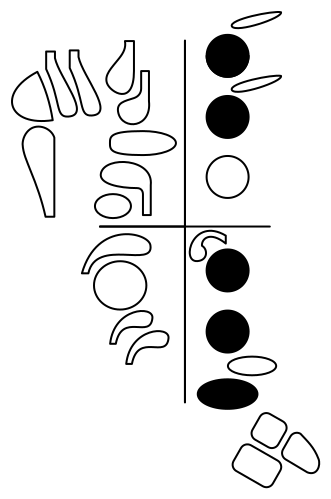 Look carefully at your bassoon; you can readily see that you’ve taken the low G fingering and opened up two massive leaks halfway down the bore!! The leaks shift the bore behaviour to the grandchild. In this 3rd harmonic, the bassoon and reed negotiate a strong resonating frequency in the bore that’s a semitone sharper than you would expect from the harmonic series. Yet, for such an odd acoustical anomaly this note is generally fairly in tune. The problem for some people [like me] is that it does not have a tonal spectrum consistent with the notes immediately above. It’s the runt of the litter.

So, if you’re a bit nuts [like me], you open that low Eb on the long joint and get a much warmer sound. 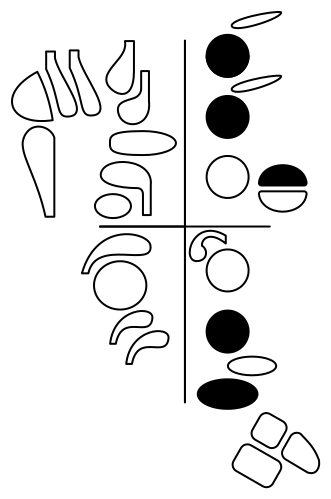 Problem is…it’s sharp, so it takes a more open oral cavity and downward adjusted embouchure to master.  However, you can certainly bring the pitch down in several ways… 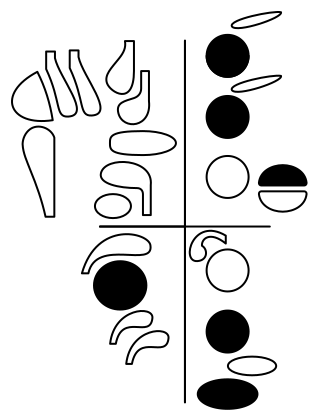 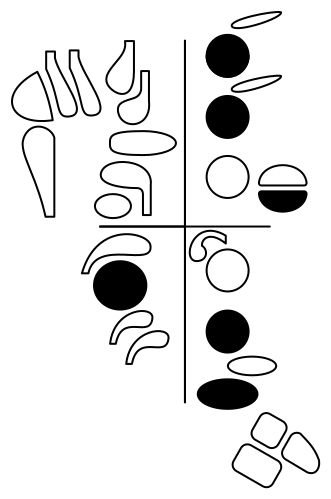 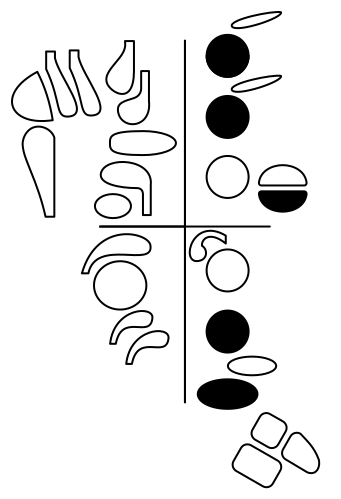 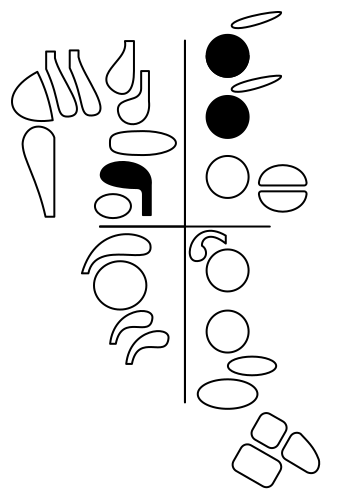 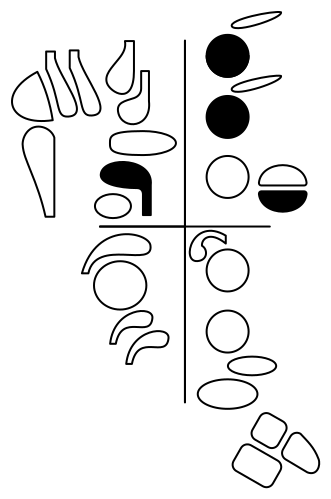 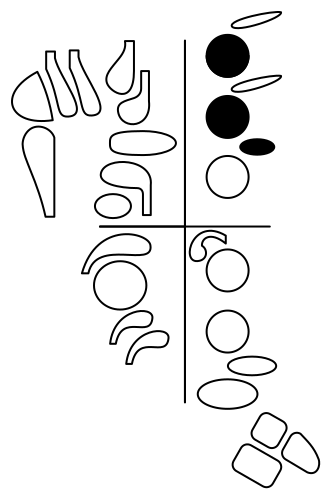 We come now to the second of the ‘false 12th’ 3rd harmonic notes and perhaps the least understood. 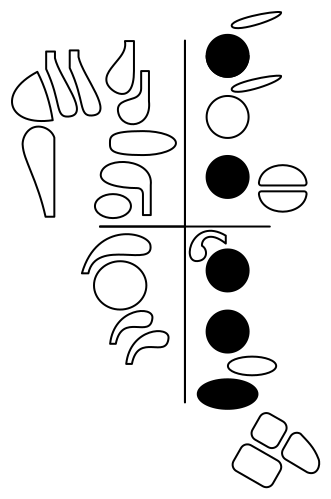 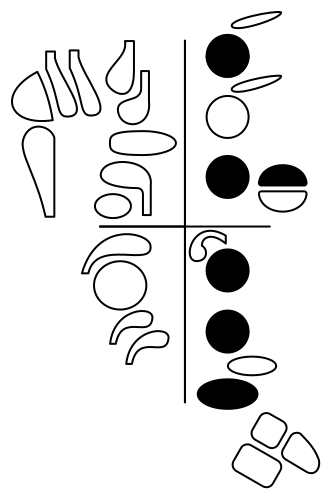 There is a trade-off for the warmer sound? It’s generally flat. 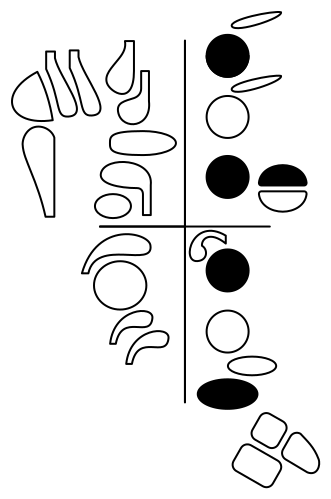 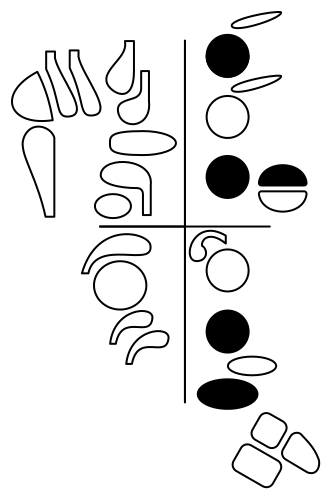 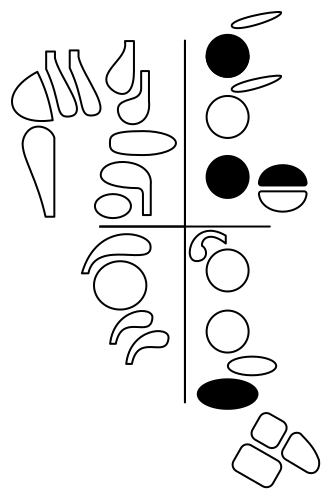 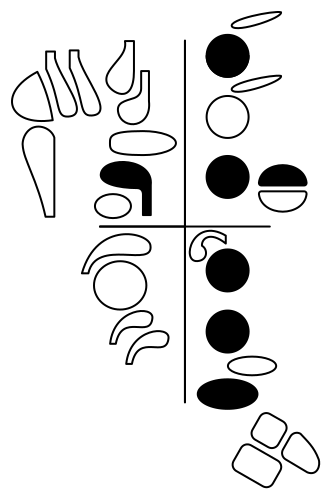 On many bassoons, these fingerings produce gradually sharper outcomes in addition to changes in sonority. That last one includes left thumb C# – it’s high but powerful. All of these fingerings can be used with left hand little finger on low C# as well. 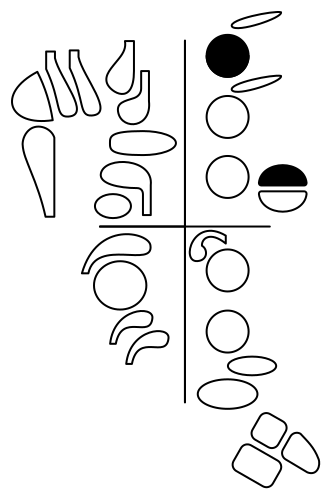 Just remember, what defines all five ‘full fingerings’ for E4 acoustically is the left hand 2nd  tone hole ‘leak’.  I’ll come back to this very interesting note in the general discussion below.

The next in the false 12th series is tenor F, and it’s based on an ancestor low A. Finger low A and look at your hands; you’re selecting a bore length with the low A tone hole on the back of the boot the first open hole. Now finger tenor F. All you’ve done is create a big wing joint leak at the 2nd tone hole, which silences both the ancestor A2 and the 2nd harmonic A3. This F4 is only a semi-tone higher than the expected 12th E, but only barely….!! 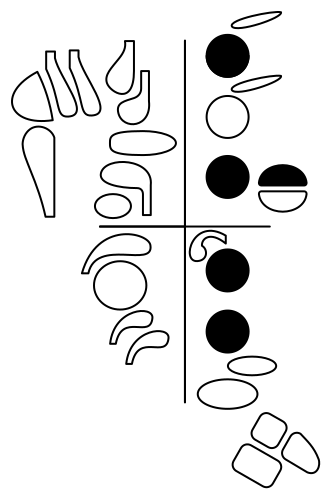 I don’t love tenor F, to be honest. I’ve owned and played a lot of bassoons and never had one that played a tenor F on the high side. When you use the low Eb key for sound correction and are playing a reed that is full and resonant at A 440, tenor F usually becomes the note that takes the most effort in this range. It needs both embouchure and air support. 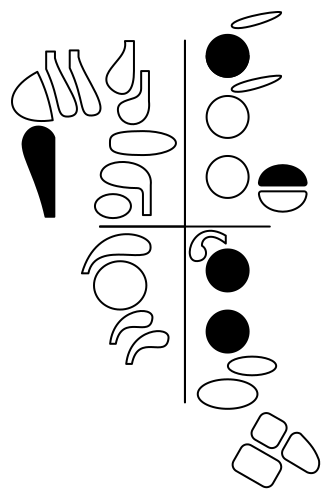 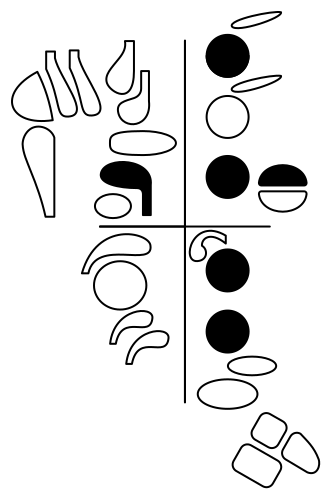 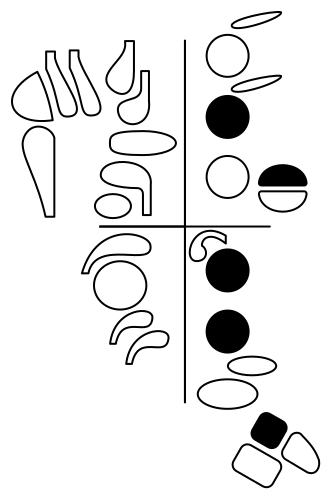 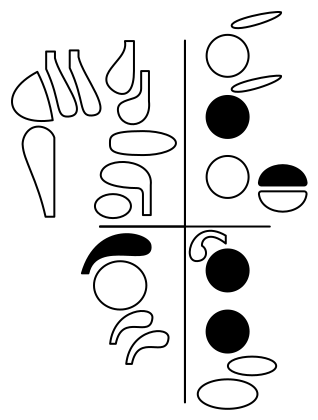 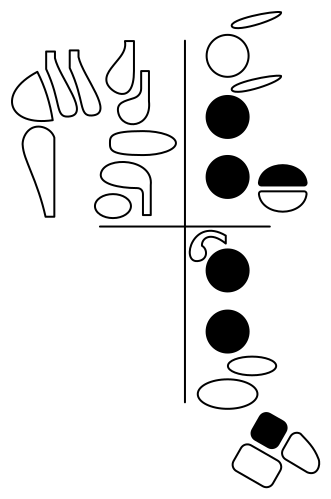 This rather tedious review of fingerings all leads to the core motivation for this article. Young bassoonists often don’t pay enough attention to intonation and the potential for alternate fingerings to elevate their game.

I’ve spent almost 50 years as a principal bassoonist in several orchestras, surrounded by terrific woodwind colleagues. If you had asked me 50 years ago what I thought would be the biggest challenge of sustaining a high level of playing, I don’t think intonation would have popped out of my mouth. I’d undoubtedly have professed a commitment to phrasing, tone production and musical presence. How could I have guessed that my ongoing preoccupation, my constant companion, would be the pursuit of good intonation? The third octave of the bassoon is an absolute minefield of ups and downs. To quote Captain Kirk “It’s the Final Frontier!”.

Familiarity dulls our perception. We get so enamoured by a particular tone colour that we lose perspective. For those of you not yet blessed with high-level musical partners, the next best thing is the digital tuner.

Tuners are a touchy subject for many people, largely when they are brought to a rehearsal or performing environment. Avoiding that is simply good manners! Tuners should stay in the practice room. No, the larger problem with tuners is the endless confusion between intonation and sonority. Choosing a fingering with the best tone does not make that note any better in tune. When you sit in a practice room for hours, working on reeds, long tones etc., a beautiful tone is persuasive. A flat D4 played with maximum resonance does not magically transform into an in tune D4. Non-bassoonists sitting near you will just hear you play flat.

We need to trust our tuners to remind us where we stand relative to an ideal chromatic scale. This way when we sit down in a wind section we at least know what our particular tuning tendencies are likely to be. Armed with a basic expectation, we can immediately begin the process of adjusting to our colleagues, to the orchestration and to the harmonic implications of every note. Even in the best of orchestras, each player will have tuning issues. There is never right or wrong; there is just self-awareness and the dedication to flexibility and adaptation.

For maximum benefit, repeat the exercise with your tuner at A440, A441 and A442. This range will cover a lot of the necessary flexibility you’ll need to play nicely with others!!

C#4 and E4 have the most options, so you might start with them. Introduce D, Eb, F and F# to the practice regimen. As you move seamlessly from flatter to sharper fingerings you need to be very attentive to adapting your tone production in order to keep the tuner needle steady.

As you become increasingly familiar with legato transitions on individual pitches, you can then move to legato execution of minor and major 2nds, minor and major 3rds, and a perfect 4th – all within the C#4 to F#4 range. Play all these intervals with modified fingerings so that you start to understand how to play a well-tempered chromatic scale.