Musings from the Reed Museum

Mathieu Lussier’s recent and insightful blog post about reeds, “IL EST GRAND LE MYSTÈRE,” describes three main categories of the relationship that bassoonists have with reed making. Roughly translated, the first group knew what they were getting into, the second did not but discovered a fascinating new world, and the third who did not know and were tempted to flee once they realized what they had gotten themselves into but remained committed to the study of the bassoon. I fall somewhere between the first two types in that I thought I knew what I was getting into but generally became more interested the more I learned. 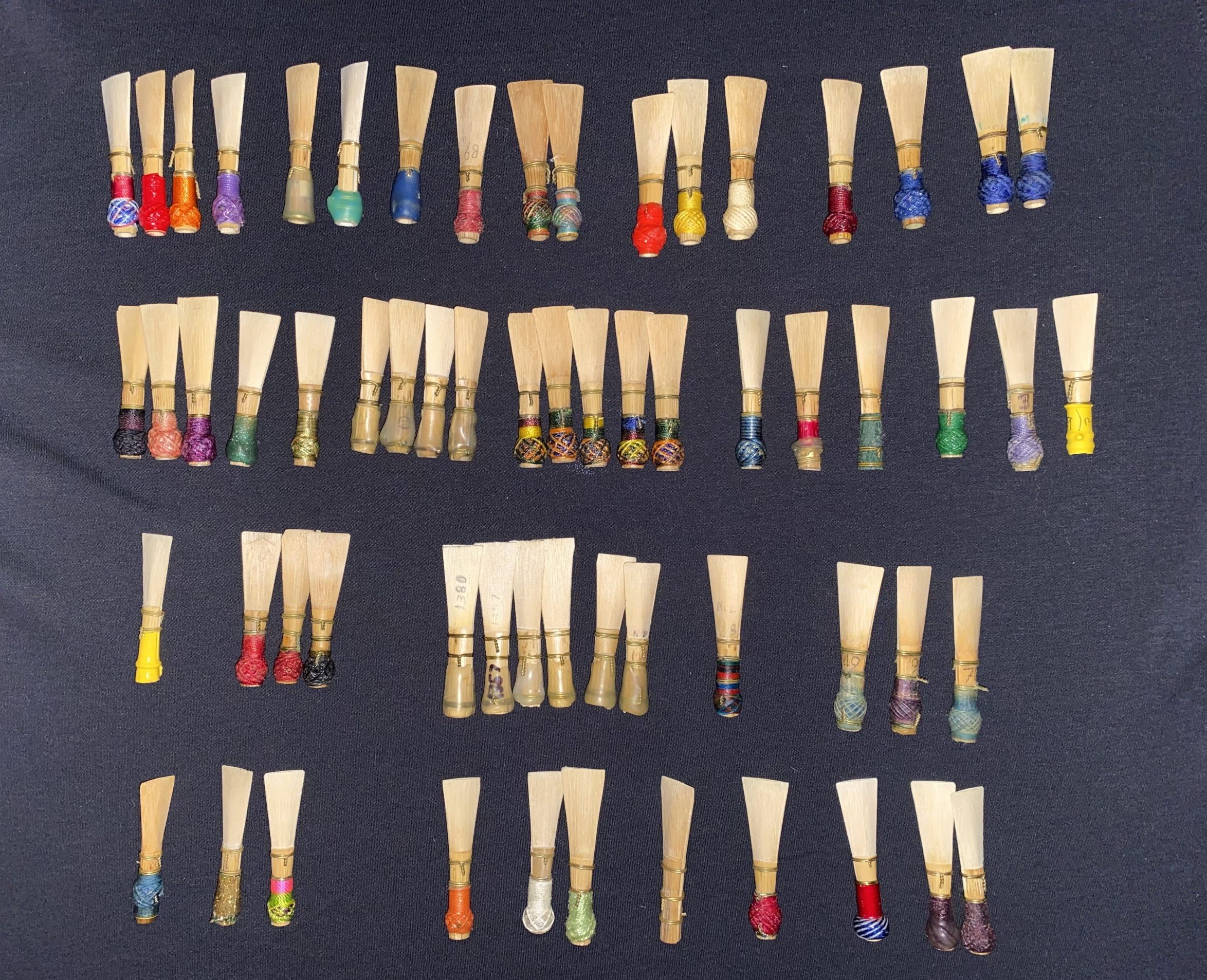 As a part of this process, I began intentionally collecting the reeds of teachers, friends, and many others not long after I started university which has grown into what I consider to be a sort of small museum. This collection now includes 62 reeds or blanks from 39 unique sources from the United States, Canada, and Europe (mostly Germany and the Netherlands). Most of the contributors are professional bassoonists I studied or interacted with, along with a smattering of students, friends, and commercial makers. There are reeds from orchestral musicians (sometimes from different members of the section of a single orchestra), chamber musicians, freelancers, professors, and soloists. Of the more commonly used American styles, there are representations from the pedagogical philosophies of Norman Herzberg/Benjamin Kamins, Bernard Garfield, and K. David van Hoesen, to name a few, as well as former students of those teachers who went in other directions. Well-known soloists and recording artists Nadina Mackie Jackson and Bram van Sambeek have multiple entries to their name. There are distinct reeds from inspiring past and present bassoonists belonging to groups including  the Baltimore Symphony, the Minnesota Orchestra, St. Paul Chamber Orchestra, the National Symphony (Washington D.C), the Metropolitan Opera Orchestra, the Albany Symphony, the Royal Concertgebouw Orchestra, the Los Angeles Philharmonic, Los Angeles Chamber Orchestra, the Las Vegas Philharmonic, the Mostly Mozart Festival Orchestra, and the Buffalo Philharmonic Orchestra, in no particular order.

Through numerous moves and many affectionate handlings, some reeds are in better condition than others, but all provide opportunities for learning and observation. 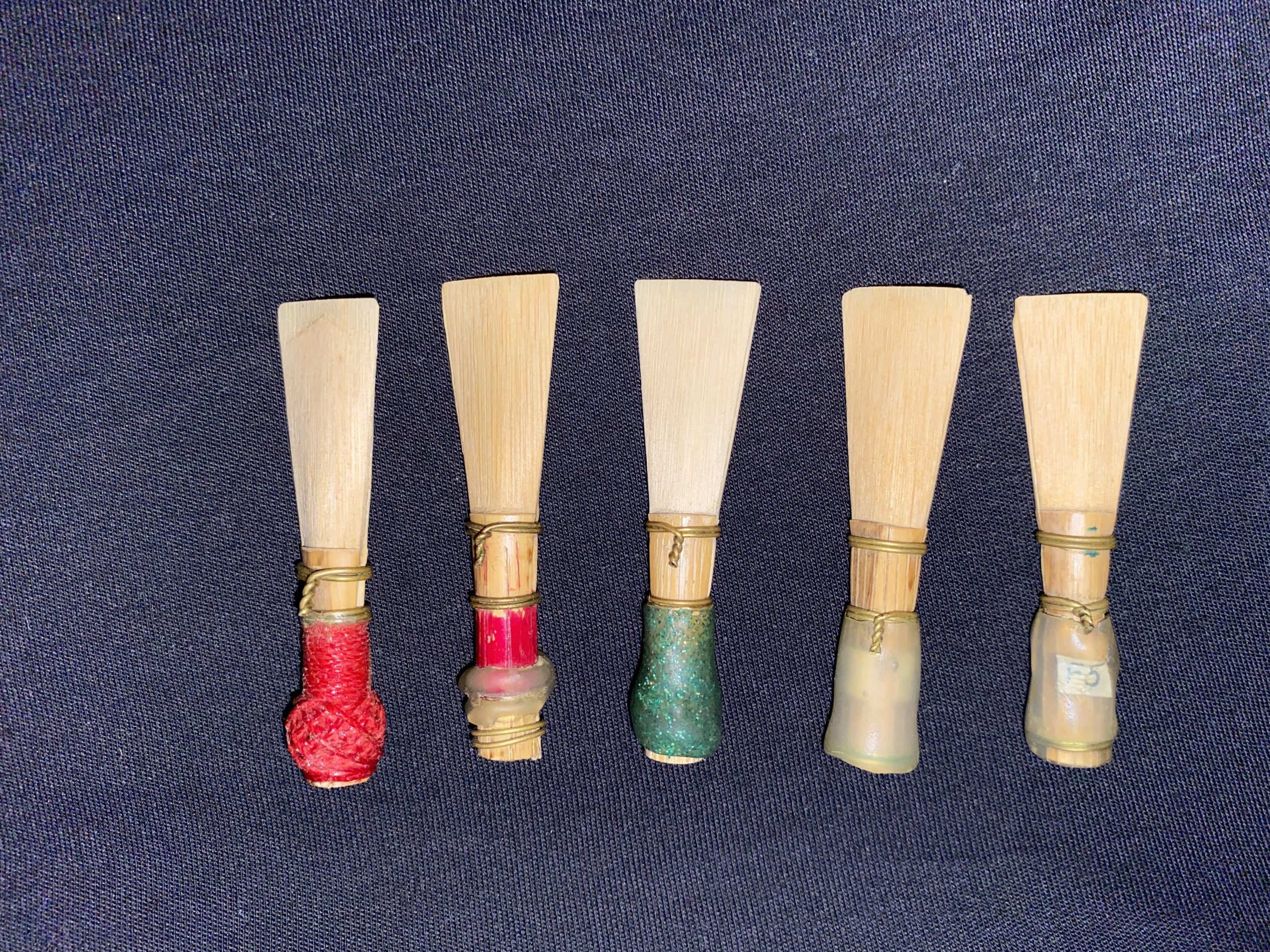 When I began to study reed-making as a teenager, I was initially very excited about what I viewed as an aspect of taking responsibility for a musician’s identity and individual needs that was unique to the double reed instruments. Upon reflection, it seems natural that an extension of this mindset was my deep curiosity about the reeds made by other people. I firmly believe that being exposed to all shapes and sizes (in this case quite literally) of ideas and approaches provides a wide range of useful information. Exploring the gamut of what different set-ups feel, sound, and look like can awaken the imagination to new possibilities of artistry, comfort, ease, and efficiency; one can also discover that the choices one makes are an appropriate fit for current demands and store the experience for future situations. I will be kind to my younger self and simply say that I was forward at times in my quest to learn, and that at this point in my life I follow different rules of etiquette when around new players.

1. Wonderful artistry through the bassoon comes in many forms, and the basic styles of reeds used in the process are equally as varied. Big reeds, small reeds, and everything in between can be heard in inspiring performances by bassoonists. This could be taken as an invitation to experiment freely, as there are reeds large and small, short and long, and everything in between heard in inspiring performances by bassoonists. However, another takeaway is that reed styles of experienced players all have a truth to them which serves their artistic personality,professional demands, and playing style. To those studying reed-making, it can be an invaluable part of the learning process to understand what this means in the context of the teacher. As you build foundations of tone, phrasing, and fundamentals with your mentor, an approach to reed-making that is integrated with these elements will provide a ‘true North’ for future experimentation and development. 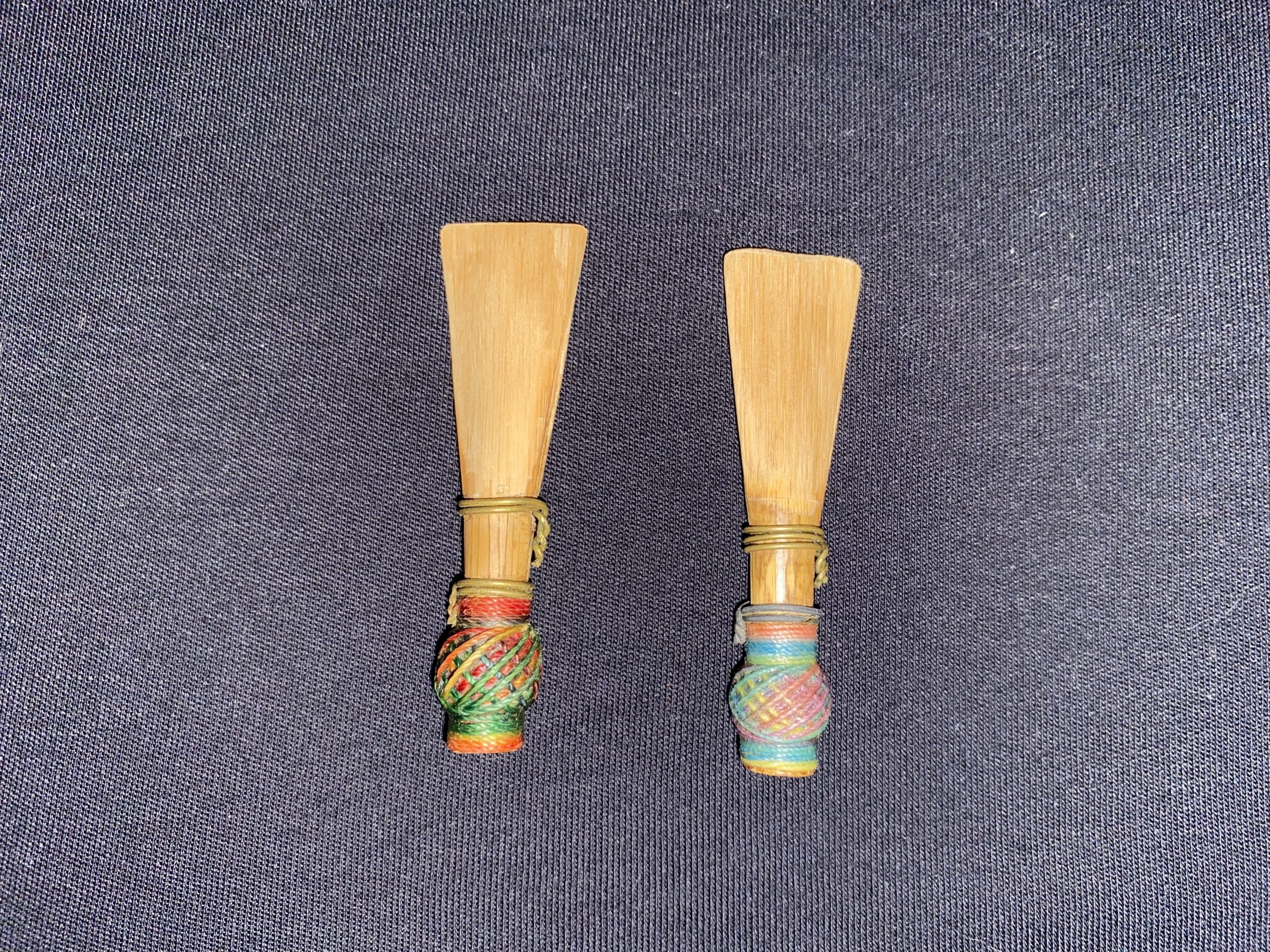 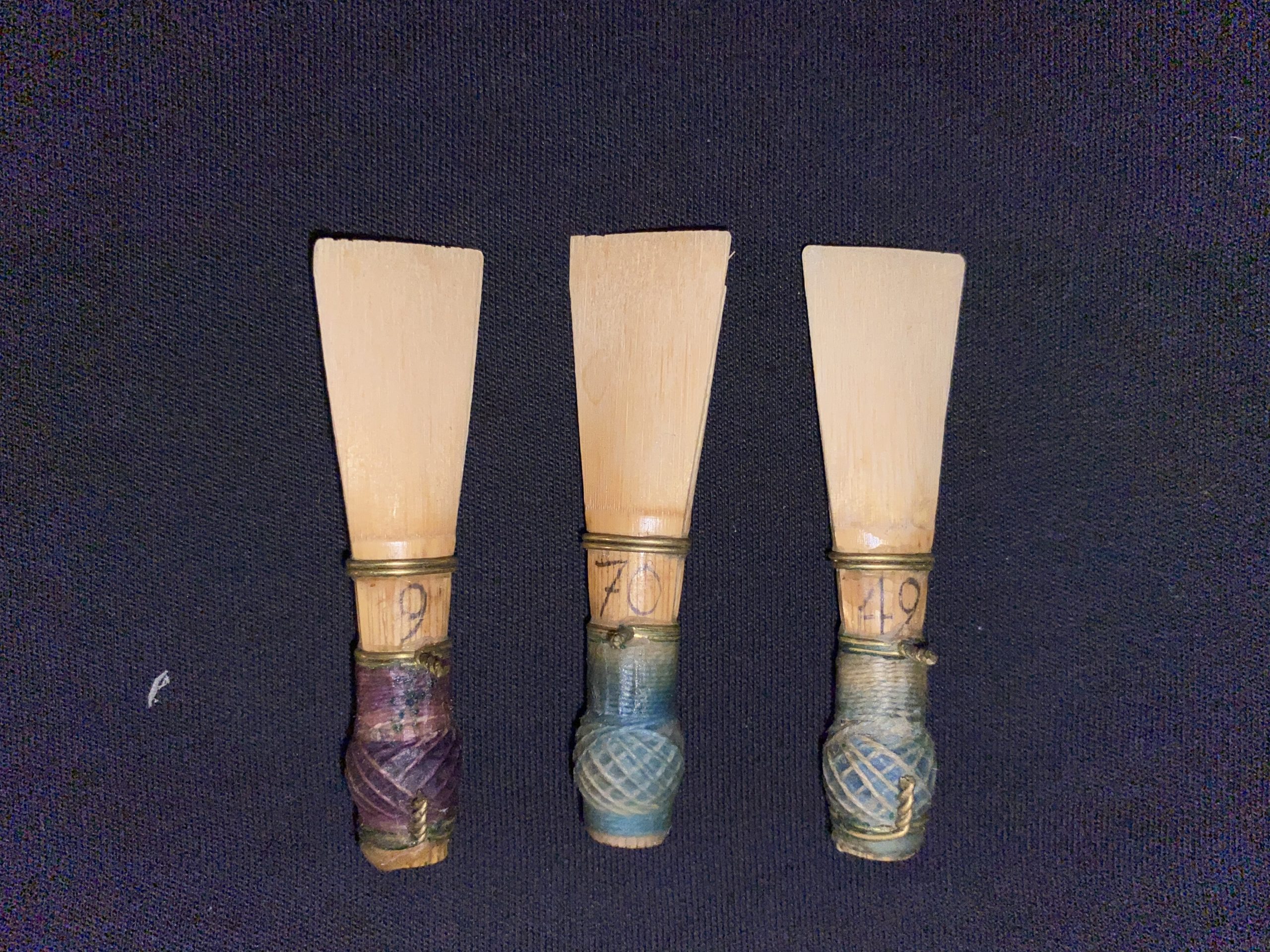 Reeds of Nadina Mackie Jackson, including an early freehand reed (#49)

2. No two pieces of cane are identical, so no two reeds ever look exactly alike. “This isn’t a great example of what I do” is far and away the most common remark from experienced reed-makers when they have agreed to share an old or dysfunctional reed with me. One lesson from this is that reeds rarely, if ever, look identical to one another, even from the same experienced individual. Although this reed is not part of the museum, one of my favorite memories where this became blindingly clear was at my first professional audition. The player in the warm-up room after me sounded absolutely fabulous. We spoke later and he graciously allowed me to look at his reed, which I expected to follow certain attributes from his current teacher: no cracks, no side-slipping, fairly narrow. Instead, I saw a reed a little wider than I presumed, with a huge crack down the back of one side and a substantial side slip. He told me it was a freak piece of cane that wanted to be a good reed. After he won the audition on this reed, and multiple subsequent auditions over the next few years on the same reed, I threw preconceptions of what a great reed had to look like out the window. It is worth noting that this player is an extremely diligent reed-maker, so this “ugly duckling” was really that extraordinary.

3. Everyone has distinct details in their reed-making that they are attached to that others may disagree with (or perhaps not even notice!). Some reed-makers clip off the corners of their reeds, while others feel strongly about leaving them. Some reed makers want their wires slightly loose so they do not choke the cane, while others prefer tight wires even if there is a little indentation. Some reed-makers side-slip to the right, or to the left, or not at all. Through hours of practice and countless performances involving many different reeds, experienced players have come to conclusions about how their reeds can best support their artistry. Other players may have come to entirely different conclusions! I separate this idea from the point about general styles because often these details are outside of the principles and philosophies that define an approach, which creates a gentler space for experimentation and variation that could possibly exist outside the integrated context. Put another way, details like tightness of the wires (or even the approach to installing and tightening wires, as I have found) that make a significant difference to some but not all players can have a noticeable effect without entirely abandoning a given reed style. Additionally, there are other opportunities for learning when aspects like these are monitored for consistency. 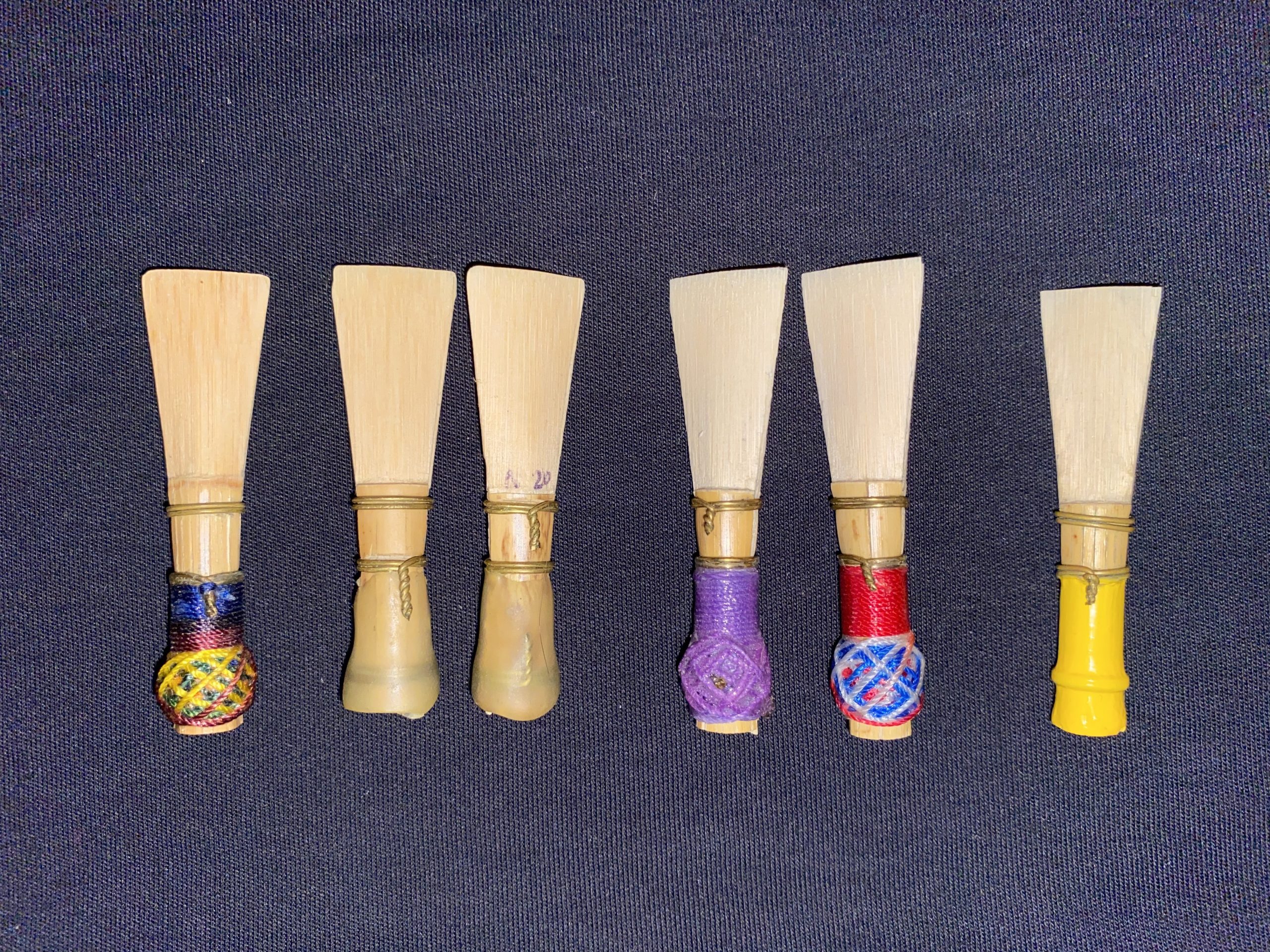 In summary, reed-making and adjusting is a journey in tandem with many bassoonists’ musical lives. Perhaps this is best illustrated by a fond memory when talking with a seasoned orchestral bassoonist I admired. It was early in my reed-making studies, and I told him that I was just beginning to learn. His response: “So am I.” 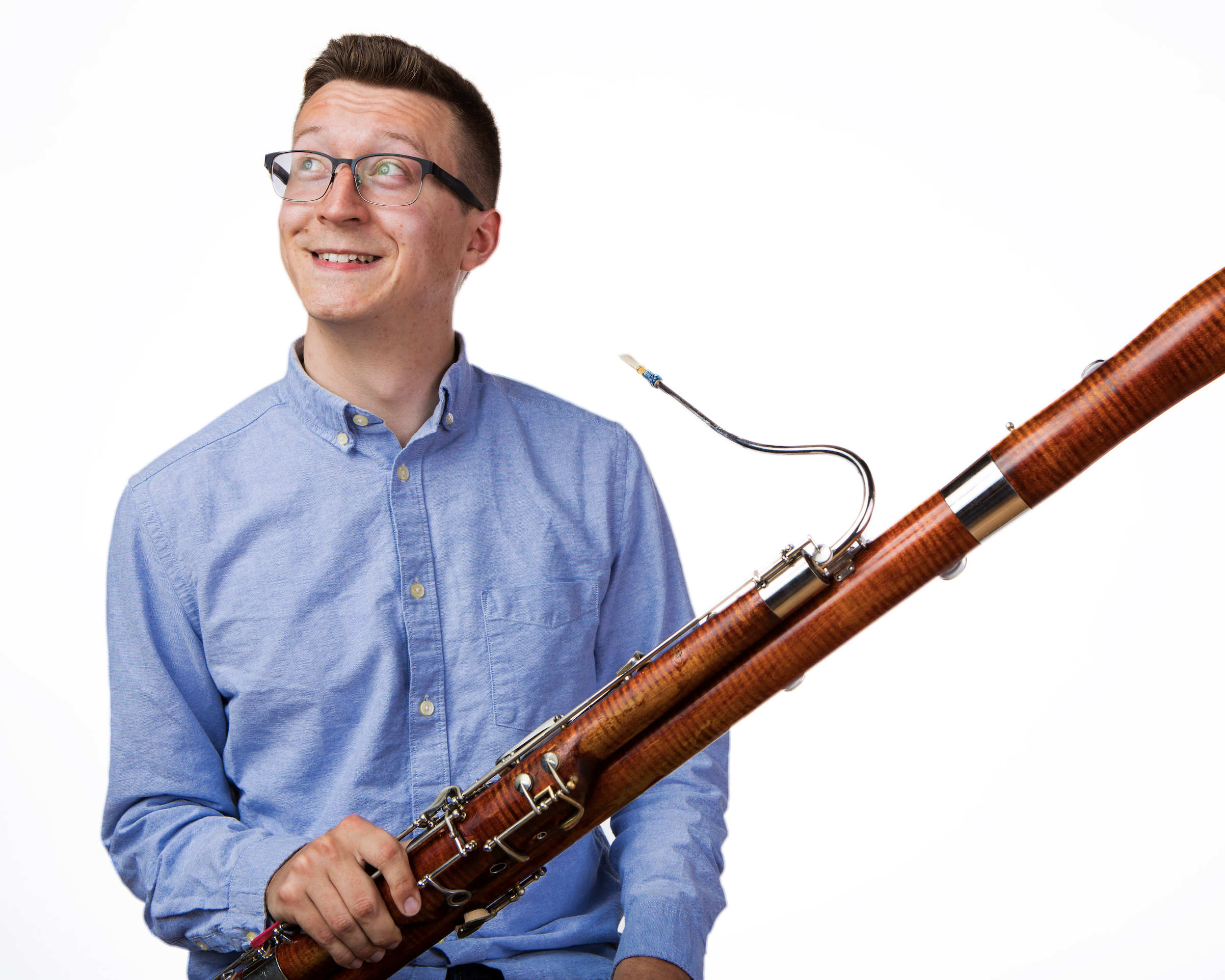 Bassoonist Adam Romey is currently the Education and Community Engagement Coordinator for the Minnesota Orchestra in Minneapolis, Minnesota.