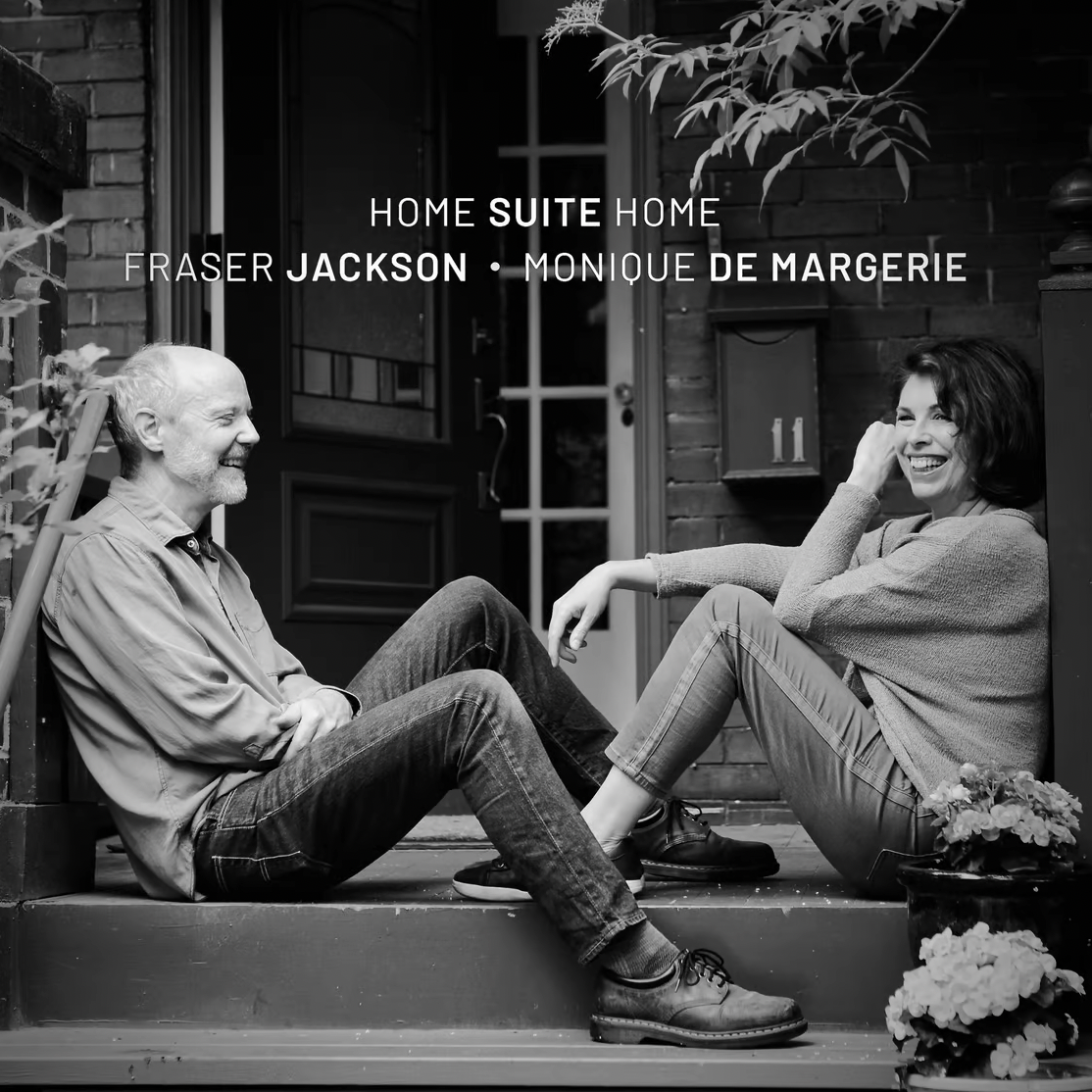 A longtime member of the Toronto Symphony, Fraser Jackson, has just released his first solo CD: Home Suite Home, recorded during the last year with his wife, the pianist Monique de Margerie, and special guests Marie Bérard (violin) Winona Zelenka (cello) and Dominic Desautels (clarinet). It’s a collection of short pieces chosen from repertoire they’ve been performing for neighbours on their front porch: mostly for bassoon and piano but with some contrabassoon, some solo piano, solo bassoon, and those wonderful guests. The music ranges from CPE Bach to Schumann to Poulenc and Bill Douglas.

“After spending the first few months of the 2020 Covid lockdown cleaning out the basement and learning to bake sourdough bread, Monique and I  decided to give ourselves a musical outlet by performing on our porch in Toronto’s west end. I brought my bassoon and sometimes my contrabassoon and Monique played on a Roland digital piano. Sometimes friends or students joined us on “stage” and sometimes it was just the two of us. As long as it wasn’t raining, we played every Thursday at 5:30 and several times we even toured other people’s porches or backyards. It kept us occupied and it was a great way to meet the neighbours; we liked it so much that after taking a break for the cold months, we continued playing concerts right through the summer of 2021. And we decided to record some of our porch repertoire as a CD.

Porch repertoire is pretty straightforward: pieces are easy on the ears, relatively short, not too tough to rehearse, and they come from all over the musical map. Usually, we start with the more serious pieces and end with the jazzier material but sometimes it felt right to end with something a bit more sombre. The goal was always to distract, to comfort, to reassure, and above all to get out of the darn house.

All the recording sessions took place in our backyard studio that sits where most people would have a garage. Despite having to stop for the occasional barking dog or power tool, things went relatively smoothly although it took almost a year to record everything. Because of the changing government regulations, it was not always possible to have our engineer, Ron Searles, present in the room with us. Sessions began in December 2020 and ended in September 2021: the first piece we recorded was Automne by Jean-Michel Damase and the last was Gabriel Fauré’s Pièce. Many thanks to Ron for making it all sound as beautiful and integrated as possible.”