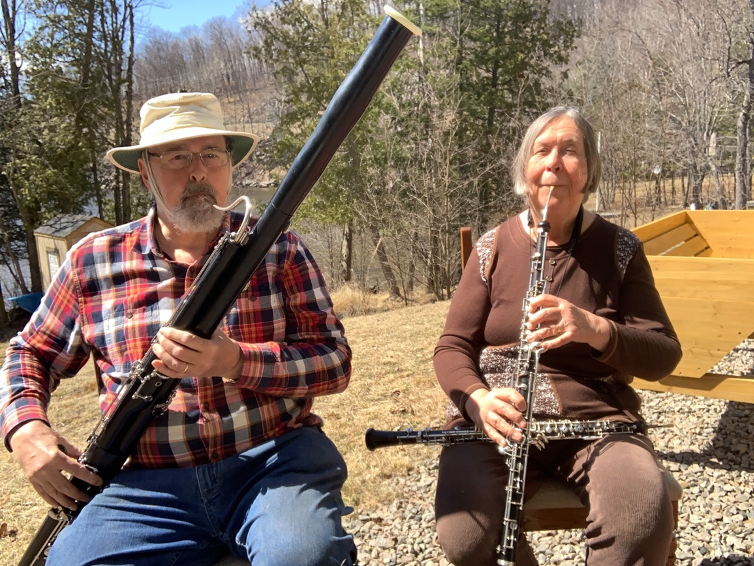 I picked up the bassoon at age 75

My route back to the bassoon was somewhat circuitous.

I picked up the bassoon for the second time at the age of 75.

After a long career as a pianist, coach and conductor, both as a freelancer, then at the Lyric Opera of Chicago from 1981 until 2015, I “retired” and moved with my wife, oboist and composer Patricia Morehead, to Canada. Without consulting me, Pat decided to rent a bassoon as my Christmas present. She felt it would secure my upper respiratory health and overall longevity.

After the initial shock, I dutifully accepted the well-intended gift and was pleased to rediscover this remarkable instrument.

I did have some background to fall back from my student years, including studying the bassoon briefly with the great John Miller in Boston in the early 1970’s while at the New England Conservatory. I was studying piano and accompaniment and my goal was to better understand how wind instruments work. With John’s expert help, I learned to circular breathe and joined some ensembles. Prior to that, at the time I met my wife Patricia in France at Fontainebleau, we were both studying with the famous French teacher Nadia Boulanger. While in France, I took some lessons on the oboe with Pat’s teacher at the time, Myrtil Morel, and maybe this was the tinder for my interest in the bassoon.

After that, life intervened, our family grew as did my core musical responsibilities, and I had to sell my bassoon.

Now, all these years later, after raising our family, starting new music groups, playing and conducting around the world, and moving to Canada, I have been playing with two orchestras (interrupted alas by COVID-19), playing chamber music, and enjoying rediscovering the pleasures of the bassoon. Instrumental (pun intended) in this process was my friend Nadina Mackie Jackson, who gave me a few reeds and found a good bassoon for me to purchase. And who kicked my butt to join the Board of the Council of Canadian Bassoonists.