From Farm to Fabulous 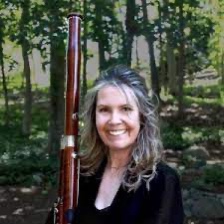 From an Alberta Farm to Boston’s Symphony Hall, Suzanne Nelsen has always looked ahead!

Suzanne Nelsen grew up on a pig farm in Alberta, Canada.  She comes from a musical family; her parents were opera singers and her siblings are also professional musicians.  She earned a Bachelor’s degree from McGill University and pursued further study at The Hague Conservatory in Holland, earning a UM degree.  During that time she performed throughout Europe and Great Britain as soloist and chamber musician.  In 1995, during post-graduate study at McGill, she won a position with the Montreal Symphony where she stayed for 5 years until her appointment in 2000 to the Boston Symphony and the Boston Pops orchestras.  While a member of the Boston Symphony, she appeared with the Grand Teton Festival in Wyoming, and with the Super World Orchestra in Tokyo, Japan.  She has recorded numerous CD’s with both the Montreal and Boston Symphonies, five of which have won Grammy Awards.
She was a founding member of the New England Bassoon Quartet and a member of Zephyr Winds, in residence at The Boston Conservatory.  Suzanne has taught bassoon and chamber music at McGill University, Longy School of Music, Boston Conservatory and Boston University.  She was co-director of the bassoon seminar at Boston University Tanglewood Institute (BUTI) for 4 summers.
As a mother of two, one of her favorite things to do is lecture demonstrations for kids, students and parents about life as a professional musician.  She has made many educational videos for the Boston Symphony Orchestra that can be found on the BSO website.