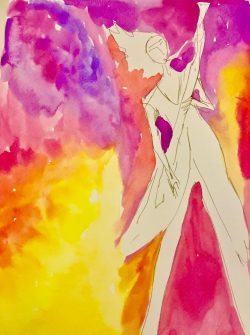 This is a spreadsheet of 36 concerti for solo bassoon written by Canadian composers. In this list, I include all Canadian works that were envisioned for bassoon and orchestra, including very short pieces that can serve as encores. There are fifteen columns, covering the name of the concerto, composer, date of composition, instrumentation, duration, commissioners/dedicatees, soloist, conductor, premier date, publisher, premier venue, orchestra for premier, premier city, recordings and selected repeat performances. I am actively searching for more Canadian works for bassoon and orchestra and updates will happen over time. To see all the column entries, click on “column visibility”.

Below the spreadsheet are some of my thoughts on bassoon concerti in general.

What is a concerto?

Most of us think of it as a piece of music that uses a solo instrumental voice to convey the message of the music, an opera featuring a single voice. Some of the more academic amongst us also have historical perspectives on precise form.

I think the concerto is about having an opinion. Maybe that is why Italy shot out of the gate with 39 concerti by Antonio Vivaldi with works so fresh and complex (and short) that we are still performing them, almost 300 years later.

Also about intense collaboration and mustering of all forces. How about the bassoon concerto as a cultural indicator of the general robustness of the classical world?

The solo bassoon concerto is one of the most joyous forms of classical music, uniting and contrasting the distinct and expressive voice of the bassoon (or other instruments, but really, the bassoon) with the exquisite colours of the strings (and other instruments).

There are layers of local cultural assumptions around the idea of the concerto, including which instruments are allowed to be heard as solo voices, which players are allowed to be heard as soloists, which orchestras will program these works and will composers write for solo voices.  For after all, there is considerable expense involved in creating these complex works, from the commissioning fees to the copying and preparation of parts, to the hiring of orchestras and soloists, to scheduling and paying for the performances and recordings. It is a big deal. Not to mention learning the concerto.

I think more bassoonists should learn the concerti that have been written for our instrument. Every time that I play a concerto, I hear from audience members who had no idea what the bassoon was capable of. Every time that I play a concerto, I hear from a young person whose imagination and sense of possibility has been triggered. People can relate to concerti immediately. And have an opinion about them. Imagine if audiences had enough live listening opportunities to actually have opinions about multiple concerti and bassoon soloists. And the first time I heard a bassoon concerto was in my first year at the Curtis Institute in Philadelphia when our bassoon teacher, Bernard Garfield, played the Mozart Concerto. We were so proud of him!

When I was a young professional starting out in my career as second bassoonist with the Montreal Symphony, it caused a major flurry when I was presented several times as a soloist. One of the male members of my section refused to play those concerts and the orchestra had to hire a substitute member of the bassoon section in the orchestra to accompany me. On a more cheerful note, the other male member of my section was the conductor for some of those concerts.  Oh, and I was playing the Mozart concerto.

While there are still some archaic attitudes prevalent in the classical world, times might be changing for the better. No longer is the only bassoon soloist allowed to perform is the leader of the bassoon section for each orchestra, dutifully presenting the Mozart bassoon concerto once every ten years. New concerti are being introduced to audiences and even those section bassoonists are allowed to branch out into contemporary repertoire.

It is still a rare event when a career solo bassoonist is invited to perform with orchestras. And a remarkable event when the concerto has been written in our lifetimes for the player on the stage.

Just as with strings and voice, we need many performers and concerts.  Without this, the necessary cross-pollination of multiple influences,  the resultant spikes in varied virtuosity, expansive expressivity and general opinions take much longer to happen.

It is so important to have new music created for us, to participate in the voice of our time. And there are so many good concerti for bassoon that audiences need many more opportunities to hear these works.

So back to the question, what is a concerto?

According to composer Eric Funk (backed up by the Encyclopedia Britannica), the origins of the word “concerto” contains two opposing ideas… playing “with” and playing “against”…. Sometimes the solo voice is supported and left free to express, and sometimes it has to fight and speak in an opposing voice. The Italian and English words are that of “agreement” and the other meaning, from the Latin, are of “competing” or “contesting”. This unification of opposing viewpoints is precisely what I love about the concerto form.

And again, you can see the cultural implications of championing this musical form. Imagine the docile bassoonist expressing an opposing viewpoint, leading the orchestra or demanding support or actually having the spotlight to speak their minds.

For many years, Sofia Eckhardt-Grammattée was the only Canadian composer of a bassoon concerto, and a triple concerto, but in fact, she wrote these works prior to emigrating to Canada. We still consider these works to be Canadian because she chose Canada as her forever home, but you can see from the table that it was another decade before another Canadian composer, Murray Adaskin, wrote for the bassoon. In fact, he really wrote for a particular player, George Zukerman. And this is a pattern that has always existed… these works of music for a solo voice have to be imagined with a personality, not in some abstract vacuum.

You can read about the origins of the Adaskin concerto in George Zukerman’s blog, A gift to be simple. George went on to inspire many new works, including concerti, and he even had the courage to pester Shostakovich and Britten for a bassoon concerto, and though that didn’t happen, the effort is still laudable.

Sometimes the soloist who premieres the work is a different person from the one who inspired, fundraised or begged for the work to be created in the first place, and this is good too. And the beauty of this form is that the concerto will sound different in the hands of each and every soloist. The success and evolution of the music depends on repeat performances by many performers, which is why I try to record all of the music written for me. If performance opportunities are sparse, at least interested listeners can access the music.

The next surge in commissions came when Mathieu Lussier wrote several new bassoon and orchestra works for me to perform and record, followed by other wonderful Canadian composers such as Paul Frehner and Constantine Caravassilis.

Some of our top orchestral players have taken the initiative to commission new works, including Michael Sweeney, Stéphan Lévesque and David McGill when he was with the Toronto Symphony in the 90’s. Other wonderful players have taken the initiative to perform and record these works, such as Chris Millard’s recordings of the Hétu and Morawetz concerti, or Jesse Read’s premiering of Jean Coulthard’s Lyric Sympony III. Important to note that some of these concerto commissions came from American organizations (e.g. American Wind Symphony and North South Consonance) or America-born players. Interesting to note that many commissions came from the Canadian Broadcasting Corporation, back in the day.

OK, what do you think a concerto is?

There is remarkable value of speaking in a solo voice while combining forces with our beloved orchestras. Take a look/listen to what Canada has created thus far. I hope that many more commissions and performances will emerge in the coming years… Italy may have had a head start, but we will catch up!

My next list will be of international composers writing for Canadian bassoon soloists. 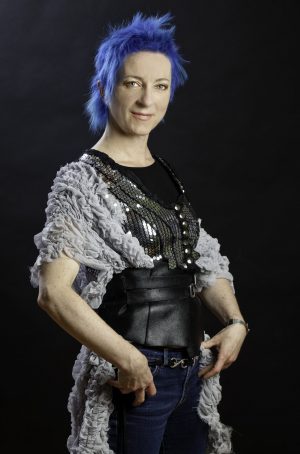 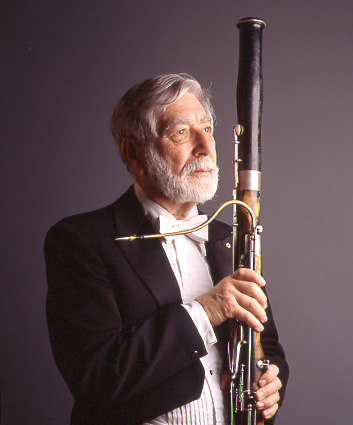 A Gift to Be Simple – by George Zukerman

A Gift to be Simple

When Murray Adaskin and his Saskatoon Symphony orchestra gave the world premiere of his Prairie Suite  in late 1959 I was in the far North of the Province of Saskatchewan, on an organizational trip.  I decided to attend the concert.  What had looked like a perfectly ordinary secondary road on the map  turned out to be a  Department of Natural Resources Forestry Trail  better designed for jeeps and 4-wheel drive vehicles than a  compact rental car.

When I arrived in Saskatoon four hours later, I was weary, dusty and in need of a stiff drink.

The music Department at the University of Saskatoon  was housed in two rooms in the Agriculture Building.   Earthy  farm aromas filled the air in Murray’s  teaching  studio.

I found the Maestro in great despair.

“Thank goodness you are here…do you have your bassoon with you?”

He waved a sheet of music in front of me, and I recognized his immaculate music penmanship.  In those  days before computer music programmes,  the art of music copying was a form of  elegant calligraphy, and Murray was a master of the art.

“Our bassoon player has just called  and she  is ill, and cannot make it tonight.”  “But I don’t have a bassoon with me. I’m on a business trip!”.   “We’ll get you one,” he insisted.  “You have to play tonight”   “But I haven’t rehearsed”     “That doesn’t matter.  You are a good sight reader.  You know my style. I’ll cue you.”   “The Union will not let me perform with non-Union members”  “Our second clarinetist is the Union Secretary. Well obtain a special waiver for you”  “I don’t have any decent stage clothes”  “That doesn’t matter…just dust-off  a little, you’ll be fine!   Here’s  your music”   And with that he thrust the music into my hands.

Before I could protest  any longer, a borrowed   high school bassoon  appeared  complete  with three ancient reeds – one caked solidly with  lipstick,  one cracked down the middle,  and the third which was  made barely playable  after ten minutes of ardent  scraping with a hastily procured kitchen-knife

An hour later, I was on stage  sight-reading  the bassoon part of a world premiere of a new piece  under the composer’s baton…[Somewhere in my curriculum vitae,  is it listed  that I was for one night  a member of the Saskatoon symphony! ]

Murray’s Prairie Suite was a triumph  that evening.  Saskatoon symphony-goers in the late 50’s were not traditionally well-disposed to contemporary works.  Yet, many in the audience  that night  sensed a new significance  in  the performance of a  work   which was so obviously inspired by their Province.

Secretly,  it was  a joy to participate in such an evening of community-music  making,   A fee for the performance was the last thing that had crossed my mind.

A  year later a package arrived in Vancouver.

It contained the score of Murray’s  bassoon  concerto,  which he had written during the intervening summer, and dedicated  to me.  I sometimes look upon  that  gift from his heart  as the finest concert fee that  I ever received!

I premiered the concerto in 1960 with the Vancouver Symphony.  Murray  had a lifelong appreciation of the instrument,  and he wrote several other works for me including a quintet for bassoon and string quartet; his Vocalise #2  for solo bassoon, and a remarkable trio for violin, bassoon and French horn [his Divertimento #3].   Before he died in 2002 I had asked him if he would ever consider writing a second bassoon concerto.  “Murray” I said,   “if  there were two  bassoon concertos…just think of it.  When I suggest the Adaskin to a conductor he or she would be compelled to answer “yes, but which one”?

[reprinted with permission from galley proof manuscript of, CONCERTO FOR TWO HATS, scheduled for publication, 2021]